This is the first post of a series devoted to the LGTB+ movement and to the feminist struggle in documentary. Follow us to receive e-mail notifications of new posts.

When troglodytes fill positions of power all over the world, it is time to stand up for the rights of all. 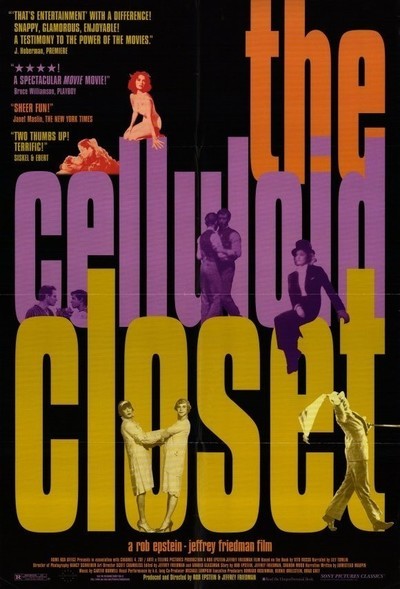 Synopsis: Based on a research book by LGTB+ activist Vito Russo, this documentary shows how movies have dealt with male and female homosexuality through a century: usually erasing or disguising it, but also mocking it or pitying it in a patronizing way, and punishing it as well (when it is openly acknowledged, it often ends in disease and death.)

Thanks to Russo’s exhaustive research, The Celluloid Closet can pinpoint and show fragments of over a hundred outstanding movies, that in some way or another address homosexuality. It not only analyzes explicit visual and sound contents -in the age, from the 90s on, when the matter has been openly tackled-, but also subtexts, the implicit, latent and distinct  contents, of movies made before this period. In addition to cinematographic clips, many interviews to American people connected to culture and homosexuality shed light on this forbidden field, such as Shirley MacLaine, Tom Hanks, Tony Curtis, Susan Sarandon, Gore Vidal and Harvey Fierstein, among others.

Some more recent films that could be included in the documentary are The Hours (Stephen Daldry, 2002), Brokeback Mountain (Ang Lee, 2005), La vie d’Adèle (Abdellatif Kechiche, 2013), and Moonlight (Barry Jenkins, 2016).

Relevance: A good cinematographic documentary that links fluently fragments of a myriad of films, without breaking the broad overview. It shows directors’ growing boldness to show what societies repressed and wanted to keep at the margins. Cinema was the most popular art form of the 20th century (is it so still in the 21st?) and it is necessary to study it not only as an image of the mentalities in each period, but also as a tool to shape new attitudes. The authors of this film had already addressed the homosexual question in two documentaries –The Life of Harvey Milk and Common Threads: Stories From the Quilt-, and would approach it again in Paragraph 175 (see below). 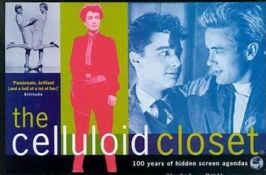 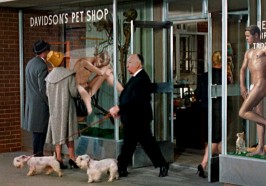 Synopsis: 85 years ago, Nazi regime tried to suppress homosexuality -and homosexuals- in its grotesque, mad campaign to create a pure Aryan race. They arrested over 100.000 gays from Christian families and sent between 10.000 and 15.000 to concentration camps. Paragraph 175 interviews some of the few male and female gays who survived Nazi persecution and were still alive when the film was being shot: six out of the ten that were alive at the end of the 20th century took part in it. The homosexuals extermination by Hitler’s henchmen has been much less addressed in cinema and literatura tan that of the Jews, despite it isn’t at all less grave. Participants’ testimonies give us access to this shocking and often skipped black episode of the Holocaust.

We learn that, if Berlin was a paradise for homosexuals in the twenties of the last century, during the Weimar Republic -remember the ambiguity conveyed by Marlene Dietrich through her clothes, for instance, and the bars and cabarets of that era-, an article in the criminal code written in the 19th century (the paragraph 175 of the title) punished harshly the so-called sodomy.

Nazis expanded that paragraph in order to include not only sodomy, but also looks and gestures, and any denounce or gossip. Lesbians weren’t so “corrected” because Nazis thought their “anomaly” was transitory and rectifiable, and they needed them as a means to reproduce the race. The documentary suggests that, if 4.000 of the arrested and sent to concentration camps survived, it was only because they were Christians.

The “strayed” were interned in infamous camps: Auschwitz, Buchenwald, Dachau, and Mauthausen. They suffered gas chambers, tortures and medical experimentations.

As participants tell, homosexuals had to hide their nature as they could. Some married and had families, some enlisted in the army, some went to Israel after the Second World War.

Relevance: The film rescues an episode hidden by dominant homophobia. Nazis’ homosexual victims didn’t receive justice nor reparations from German Government. Unbelievable it may seem, the time they spent in the camps was deducted from their pensions. Paragraph 175 helps to correct this forgetting. 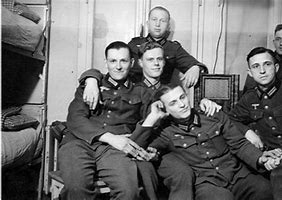 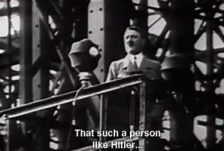 Synopsis: 24 American male and female gays speak in front of the camera -in the 70s!- and declare their homosexual identity, and their will to be socially acknowledged and respected as such. After many years of anguish because of the general violence and intransigence against them, of hiding their real nature and faking they were conforming to rules, those people made up their mind to speak out and claim tolerance for diversity to a patriarchal, violent society.

Participants tell the traumas of discovering they were not fit to family and social patterns, of having to live underground, of the crucial moment of coming out, of their resistance in the face of contemptuous clichés. All the participants are cheerful, generous: they are people who have fight to accept themselves and demand respect, and that try to help other people in a hostile society.

Relevance: It was the first documentary about gays made by gays, and one of the first to address homosexuality as a natural fact. It removed many clichés through the simple strategy of showing people as they were, in their human diversity and plurality, in their dignity.

It’s a film not only important and necessary, but of huge courage. It was released in 1977, when homophobia was so general everywhere that it hadn’t even a name. Eight years after the first outbreak of gay pride in Stonewall (see below), this film was a watershed in the history not only of the fight for LGTB rights, but also of general human rights. The already mentioned positive, lively attitude of all the people in the film, their dismissal of regrets and complaints, is commendable, admirable. With their courage they helped to change the world and mentalities.

One of the directors included in the Mariposa Film Group is Rob Enstein, that afterwards would direct The Celluloid Closet and Paragrah 175. 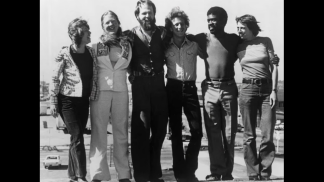 Synopsis: In the 60s, the Stonewall, a dingy bar in the West Village of Manhattan -walls smeared of alcohol and blocked windows-, was the only place in New York where male and female gays could meet and dance. (Just imagine the rest of the USA, except some corner of California!) Homosexuality was regarded as a mental disease, and physical relations between people of the same sex were illegal in 49 of the 50 states.

Police used to raid the bars where gays met secretly, evict them and arrest the owners. The night of June the 28th of 1969, officers entered the Stonewall wearing clubs with the aim of closing it and arrest some people, business as usual. They were deeply surprised when people showed resistance, in such a determined, blunt way that they had to flee. Customers went on resisting when more officers arrived in 5 buses. By then, many people who weren’t originally at the Stonewall had joined the makeshift revolt.

That action of non-violent disobedience has been called “the Rosa Parks moment” of the LGTB movement, it was its starting date, and so it has an immense historical importance.

As the background to the outburst, the film shows much TV archive material reflecting the violent homophobic climate in the America of the 50s and 60s: we see a persecution and harassment in the media, people talking of aversion therapies, sterilizations, castrations and lobotomies.

Relevance: The film interviews some of the people who were in the Stonewall, who remember with pride (and wonder at their own actions) that night of revolt. In spite of the little material at hand about that rebellion -at that time there weren’t mobile phones, and all we have is a handful of blurred pictures-, it manages to reconstruct it through the memories of participants. The words of a retired officer that close the film are to the point: “You knew they were breaking the law. But then, what kind of law was that?” This is the basis of civil disobedience.